the perks of being a wallflower

subscribe!
ARCHIVES
Check out the newest additions to the Wallflower family...
Ellie 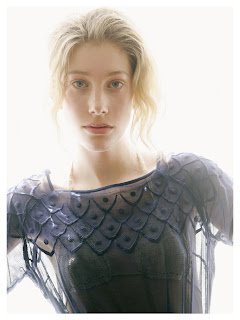 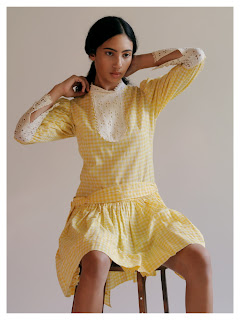 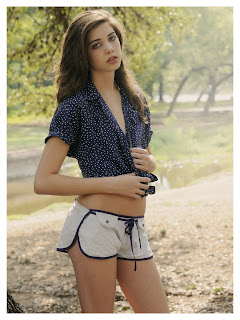 By Stephanie Quadri Photography by Jorge Rivas
When Kim Dawson opened the first modeling agency in Dallas, in 1959, it wasn’t exactly a bustling business. Models made only about $12 per show. “It became a viable business in the early ’60s with the increase in the amount of advertising work shot in Dallas and the opening of the Apparel Mart in 1964,” says Lisa Dawson, Kim’s daughter, who is now the agency’s president. Today, models get paid $200 minimum per show, and about 17 agencies call Dallas home. Of those, there are three heavy hitters that book most of the work: the Kim Dawson Agency, Page Parkes Management, and the Campbell Agency.

Now a fourth has joined their ranks. Heading up Wallflower Management is president and creative director Tammy Theis, a former fashion reporter and stylist for the Dallas Morning News. She also worked for a time at Page Parkes. But it was while at the paper, from 1985 to 2006, that Theis earned a reputation for finding fresh faces. She helped launch the careers of Erin Wasson and Ali Michael, among others. Joining her at Wallflower are co-founders Brenda Gomez (formerly of Neiman Marcus and Page Parkes) and John Bassignani (co-owner of Haven and formerly of Trump and Elite Model Management in New York).

The boutique agency opened its doors in July. According to its website, Wallflower aims to develop the careers of “unique beauties” that are “equal parts tough/tender, masculine/feminine, graceful/awkward.” In their headquarters, a thoughtfully decorated office above Cafe Madrid in Uptown, the cards of 16 young girls and guys—many of them unconventionally pretty—are displayed on white shelves. For now, the agency is focusing on fashion print and runway clients.

Models might start their careers at age 13, “in order for them to be prepared by the time they graduate high school,” says Theis, who often scouts for talent at malls and concerts. She works with her partners to build the models’ portfolios (often styled by Theis herself) and get them comfortable in front of a camera and on a runway. But just as important as the grooming is building relationships with the models and their parents. “We are very protective and care for our talent,” says Theis, a mother herself.

Gomez adds, “You can’t get upset when they have volleyball practice or if they aren’t feeling well that day. In the end, they are kids.” Gomez says she’s available to her models day and night. “What they are committed to is what I’m committed to as well, so we have to work together toward the same goal.”

Wallflower has had early success reaching that goal. One of the agency’s models, Taylor Dixon, recently signed with Ford in New York and worked the runways at New York Fashion Week, appearing in shows for Rebecca Minkoff and Keith Lissner.

“Wallflower will follow Tammy’s lead in developing editorial talent to place abroad and book locally,” says Jan Strimple, a renowned model and fashion show producer who has coached Wallflower models. “Tammy has been casting current-looking models for a couple of decades. She knows what she wants and she knows what she’s doing.”

Fashion show producer Rhonda Sargent Chambers says the new agency brings something different to Dallas. “Wallflower gives us the opportunity to have young, edgy, and quirky European-cool models,” she says. “You have agencies like this on the coasts and overseas. Now we have ours in the Southwest.”

The modeling business has grown in Dallas since Kim Dawson opened her agency, but it’s still small compared to New York and Los Angeles—even Chicago. Is there room for another agency in town? “Not only is there room for multiple agencies in Dallas,” Lisa Dawson says, “the market would suffer without them. In order for Dallas to be a top regional market, there has to be a large and diverse pool of models. Today the industry is so large and varied—fashion work, runway, commercial print, voice-over work, television, film—no one agency could service all of the clients.”

Even Page Parkes, who lost two models to Wallflower when it opened, sees the competition as a good thing. “There will always be new businesses in our industry,” she says. “If there weren’t, we would all be in trouble.” 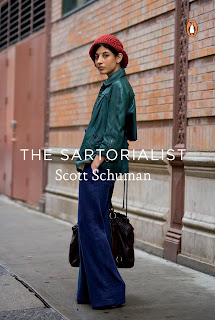 Scott Schuman will be in town to discuss and sign his new book, "The Sartorialist", and there is always a chance you could make the pages of his famous blog! Not sure what to wear? Start thinking now! You have all weekend to plan the perfect outfit!

Tuesday, Oct. 20 at 7 p.m. Schuman will make an appearance at the Barnes & Noble located at Lincoln Center.
SHARE:
SHARE:
/ previous /